The conferenceprovides dynamic sessions on emerging technologies such as:

Participants will be able to explore some of these technologies in the demonstration area outside of the Pavilion. 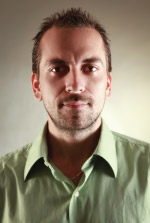 KEYNOTE SPEAKER:
The lunchtime keynote speaker will beRoman V. Yampolskiy, Ph.D. (Distinguished Teaching Professor (Tenured), Director - Cyber Security Laboratory, Computer Engineering and Computer Science and author of Artificial Superintelligence: a Futuristic Approach) from the University of Louisville. The conference has been recognized as an IdeaFestival event.

THE RISE OF SUPER SMART MACHINES...
The age of super smart machines is no longer the stuff of science fiction. The reality of their arrival is presenting both great opportunities and profound challenges across a wide swath of our lives. Artificial Intelligence (AI) expert Roman Yampolskiy discusses the emergence of smart machines and their impact on human pursuits, work and the economy.

Dr. Roman V. Yampolskiy is a computer scientist who is doing research at the intersection of artificial intelligence and security. An associate professor at the Speed School of Engineering at the University of Louisville, he is a founding director of the Cybersecurity laboratory in the department of computer engineering and computer science. Dr. Yampolskiy has published over a 100 research papers and multiple books including Artificial Superintelligence: a Futuristic Approach. Dr. Yampolskiy s main areas of interest are AI Safety, Artificial Intelligence, Behavioral Biometrics, Cybersecurity, Digital Forensics, Games, Genetic Algorithms, and Pattern Recognition.


PANEL DISCUSSION:What Does It Take to be World Class?

This panel discussion among four regional world class leaders will explore the talent, energy, and technology that it takes to become World Class.

Sarah Diamond Burroway is Director of Grants and Contracts at Ashland Community and Technical College. Since 2008, she has directed the College's external fund development efforts, winning more than $18.5 million dollars in federal, state and private foundation grants. Sarah holds undergraduate degrees from Ashland Community College and Morehead State University and earned her Master of Science degree in Strategic Leadership from Mountain State University. The Flatwoods, KY native will begin work this fall on her Master of Fine Arts degree in Writing at the Bluegrass Writers Studio at Eastern Kentucky University.

ABOUT IDEAFESTIVAL:
Founded in 2000, IdeaFestival is a celebration for the intellectually curious. Its an eclectic network of global thinkers and one-of-a-kind innovators bound together by an intense curiosity about what is impacting and shaping the future of the arts, business, technology, design, science, philosophy and education.

What are my parking options for the event?
Parking is FREE!

Where can I contact the organizer with any questions?
Email Karen.Coburn@kctcs.edu with your questions.

Do I have to bring my printed ticket to the event?
You do not need to bring a printed ticket. Stop by our Welcome and Registration area and we'll give you your agenda and name tag!

The name on the registration/ticket doesn't match the attendee. Is that okay?
Yes, that is perfectly fine. We will create a name tag for you on site.