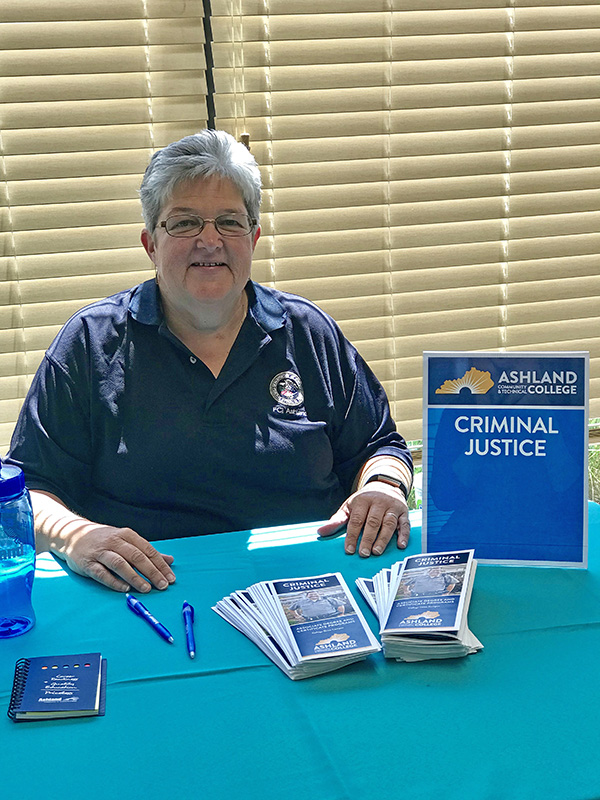 When looking back over 30 years of commitment to her career in corrections, Beverly Sharp said if she could have changed just one life, it would all be worth it.
“I got my one person,” Sharp said.
During her time as a corrections officer at the Federal Correctional Institute in Summit, Sharp had several conversations with an inmate who was serving time for manufacturing synthetic drugs.
“We often had conversations about how intelligent he was, yet he chose to use his knowledge to do something illegal,” she said. “And I thought he had more value than that.”
That inmate served his time and was eventually released. Years later, he would reach out to Sharp in the form of a letter and VHS tape. The letter said he had not forgotten their conversations about using his talents for something positive. The video tape was a promotional infomercial for a new pharmaceutical drug he helped develop.
“I feel like we are all human and we all make mistakes,” Sharp said. “But for the grace of God go I, so it is not my place to judge someone, but hopefully to give them a hand up.”
It was her drive to have an impact on people who ended up in the correctional system that motivated Sharp to enroll in Marshall University to study criminal justice. That drive, she said, stemmed from losing her father at a young age. He had been killed by a commercial truck driver who was under the influence of drugs.
Sharp graduated from MU in 1980 with a bachelor’s degree in law enforcement and was hired on at the FCI in Summit the following year. She spent the next three decades at the prison, first as a corrections officer, and retiring as the employee service manager responsible for training all employees.
Sharp also joined the advisory committee for Ashland Community and Technical College’s criminal justice program and later was hired as an adjunct instructor. She taught a variety of courses from corrections, probation and parole, prison and jail administration and correctional law.
This semester, Sharp is taking on a new role at ACTC as the criminal justice program coordinator, following the retirement of Don O’Pell.
With the new role, Sharp has implemented some changes to the program, the biggest of which will move the program back to the College Drive Campus to give more accessibility to prospective students.
Sharp has also hired new adjunct instructors who can help students stay up-to-date on new changes in the field of law enforcement, she said.
Some of those new instructors are Mark McDowell, retired Ashland Police Department officer who will teach criminal investigations and criminalistics; Ryan Conley, current APD officer who will teach cyber security; Robert Langford, who currently works for the Kentucky Department of Juvenile Services, will teach juvenile justice classes; and Scott Hill from King’s Daughter’s Medical Center, who will teach security and loss prevention.
ACTC’s criminal justice program offers a variety of choices for those looking to enter the field.
The two-year associate in applied science degree has four track options to chose from:
• The corrections track focuses on the operations of prisons and jails, juvenile justice, probation and other aspects of the corrections system.
• The criminal justice track gives an over-view of corrections, juvenile justice, security and police operations, procedures and administration.
• The law enforcement track focuses on theory, principles and techniques used by law enforcement agencies and police units.
• The security and loss protection track includes systems and issues related to asset protection and physical security.
Certificate options are also available in specialized skills: computer forensics, criminal justice core, corrections, law enforcement and security and loss prevention.
ACTC’s fall semester begins Aug. 13. Criminal justice classes available on the College Drive Campus are Intro to Criminal Justice, Criminal Investigations, Criminal Law and Criminal Procedures.
Online classes that are available are Intro to Corrections, Issues/Ethics in Criminal Justice, Delinquency/Juvenile Justice System and Intro to Law Enforcement.
Registration for fall is ongoing and July 30 is the application deadline. Class schedules and admission forms are online at ashland.kctcs.edu.
For more information about the criminal justice program, contact Sharp at bsharp0014@kctcs.edu or 606-326-2217.