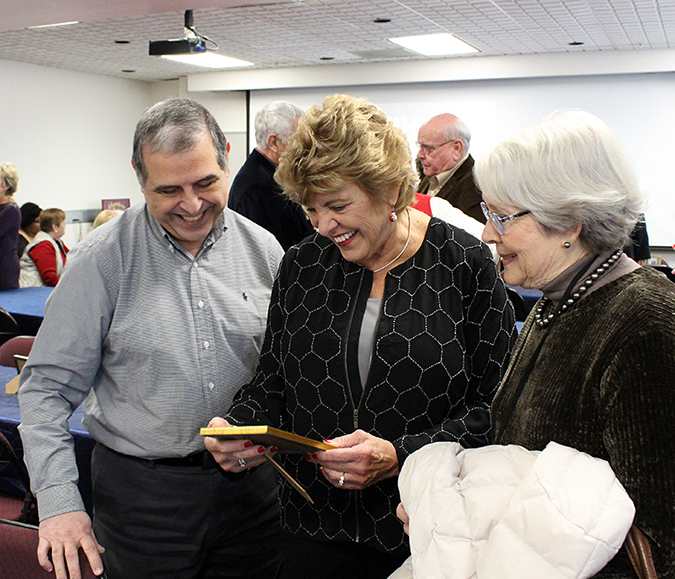 Willie McCullough, a life-long Ashland resident, has retired from Ashland Community and Technical College after 36 years of serving in various academic and administrative roles.

McCullough graduated from Marshal University in 1981 with a bachelor’s degree in social work. She then took an adjunct professor position with Ashland Community College, teaching psychology at the Federal Corrections Institute in Summit. She also began work on her master’s degree in social work at Marshall, which she completed in 1983.

She continued at the college as the coordinator of the re-entry program, which serviced displaced homemakers and single parents. Following that position, she took on the role as coordinator of cooperative education and became a psychology instructor, then a counselor and associate professor.

As a counselor, part of her job was to award scholarships to students, a role that she kept throughout the rest of her time with the college.

“Students would come back and say, ‘If it wasn’t for that scholarship, I wouldn’t have been able to make it,’” McCullough said. “And now I see students out in the community who remember me as the one who helped them get a scholarship. So that’s very rewarding.”

McCullough, who spent her entire career at ACTC, said she knew once she started working at the college, it was a place she wanted to stay.

“I thought I was going to stay here,” she said. “Ashland is my hometown and I liked the environment here, the people. I felt like I could grow here as a professional. When I started I wanted to be a counselor here. I never has aspirations to be a dean or an administrator. It just kind of happened.”

In 1992 McCullough became the dean of student affairs. She said it felt like the natural progression of her career.

She remained dean of student affairs until 2014 when she became dean of resource development and external affairs. She said her work with the scholarships took on a whole new meaning at that point.

In addition to her work at the college, McCullough has also been involved in a number of community service groups and professional organizations. She is a member of the Kentucky Association of Collegiate Registrars and Admissions Officers, American Association of Women in Community Colleges, Paramount Woman’s Association, National Council on Planned Giving and the American Fundraising Professionals. She is also a founding member or the River Cities Harvest Board and the Ashland Area Education Projects Advisory Board and current member of The John T. and Alda Diederich Scholarship Advisory Board, the Ashland Cemetery Board of Directors and the Paramount Arts Center Board of Directors.

Before the semester ended, ACTC faculty and staff, both past and present, celebrate McCullough’s career with a retirement party.

“From my perspective, Willie is an amazing employee,” said Dr. Kay Adkins, ACTC president. “But more importantly, she is a phenomenal friend.”

Bob Maher, president of the Community and Technical College Foundation of Ashland Inc., said,
“Willie has been a wonderful resource to the foundation. I just can’t say how much she’s done. She makes us look like we’re doing good things, but that’s where it is and you all know that.”

McCullough said she will stay active in the community but plans to travel with her husband and to visit their two children and five grandchildren.

As far as ACTC goes, she said she would miss the people.

“The quality of our faculty and staff has not changed,” she said. “And that’s probably our greatest asset. I’ll always be a recruiter for the college.”