The Awards of Excellence recognize the leadership and significant achievements of an outstanding faculty member, administrative staff member and support staff member from each KCTCS College.

McCarty started at ACTC in 2007 and has received several annual Teaching Excellence Awards. Last year he was awarded the colleges First Among Firsts Teaching Award. He serves on the ACTC Developmental Education Committee.

Robert N. Smith, an Instructional Specialist I in the Culinary Arts Program, received the Support Staff Award. A South Shore resident, he graduated from Greenup County High School in 2007. He has an ACTC Associate in Applied Science Degree in Culinary Arts with culinary and catering/personal chef emphasis.

Smith is a Foodservice Management Professional through the National Restaurant Association and has certifications in ServSafe, Nutrition, Food Service Cost Control, and Hospitality and Restaurant Management Certificate.

Janet Thompson, Admissions Advisor, received the Administrative Staff Award. An Ashland native and lifelong resident, she graduated from Boyd County High School in 2002. She has a Bachelor of Science Degree in Organizational Communications from Ohio University Southern and a Master of Science Degree in Adult and Technical Education from Marshall University.

Thompson started at the college in 2012 and has served on the college Development Education Committee and several job interview committees. She is currently a member of the Distance Learning Committee. 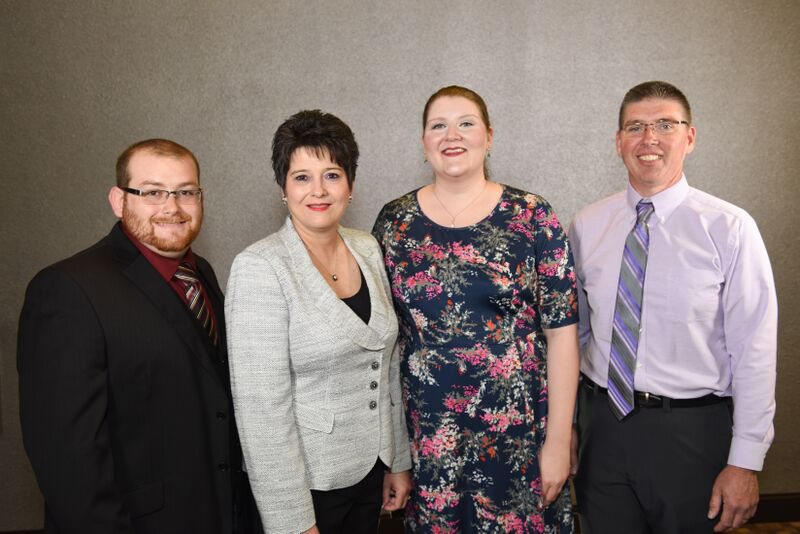